What happens when a group of Pakistani women take off on a cycling holiday, from Bangkok to Bangrood, Thailand? It’s adrenalin, adventure and sheer fun all the way.

The group comprised of six professional women, including two surgeons, an interior designer, business and IT experts. All of them are keen cyclists who have been cycling regularly with the Karachi based Critical Mass cycling group.

As part of the group’s more serious riders who ride upto 60 and even 100 kilometres to locations like Gadani beach, Hingol National Park and Mubarak Village, to name a few, this group of fellow sports buff and friends decided to widen their horizons to outside Pakistan.

The location decided upon was Thailand and a six-day trip was planned, of which four would be spent cycling. Everyone was up for the challenge. The group landed in Bangkok where they spent the first night and embarked upon their journey next morning.

Day One: Bangkok to Hua Hin

Got up at 6 a.m, had breakfast and the pick up arrived sharp at 7am. Their ride was a van carrying all their bicycles and their luggage for the trip. They were driven to a suburb of Bangkok, Petchuburi, where their bikes were assembled and the ride began.

The first day was very challenging since it was extremely hot. The entire ride was along the coastline and the scenery was stunning, but the cyclists had no respite from the scorching sun.

The group stopped at famous landmarks along the way and were given fresh, succulent fruit Thailand is so plentiful in to revive their energies. One memorable stop was at a local salt factory.

Lunch was at a roadside family run restaurant which served up a mouthwatering selection of seafood and fresh, vegetables.

Finally reached HuaHin where they stayed at the beautiful Putrachsa resort. The day ended with a massage, a dip in the ocean and dinner. They had cycled about 65 kilometres in the scorching sun but the stunning resort and a dip in the ocean more than made up for the exertion and heat.

They cycled along the South-west coast of Thailand and the route cut through an airforce base and private beaches, stopping at local cafes and scenic touristy spots. They were blessed with rain and this was a very pleasant relief from the heat.

Another sumptuous lunch at a roadside cafe.

They cycled through a National Park and ended the third days ride at the river. The group hopped into a boat for a ride on the river. They were now deep in rural Thailand and had some great laughs along the way, as they were even chased by geese while riding on a winding road near a farm.

The day ended at X2 resort in Kuiburi. This resort is well known for its photo opportunities. Massage, dip in the sea and dinner followed. 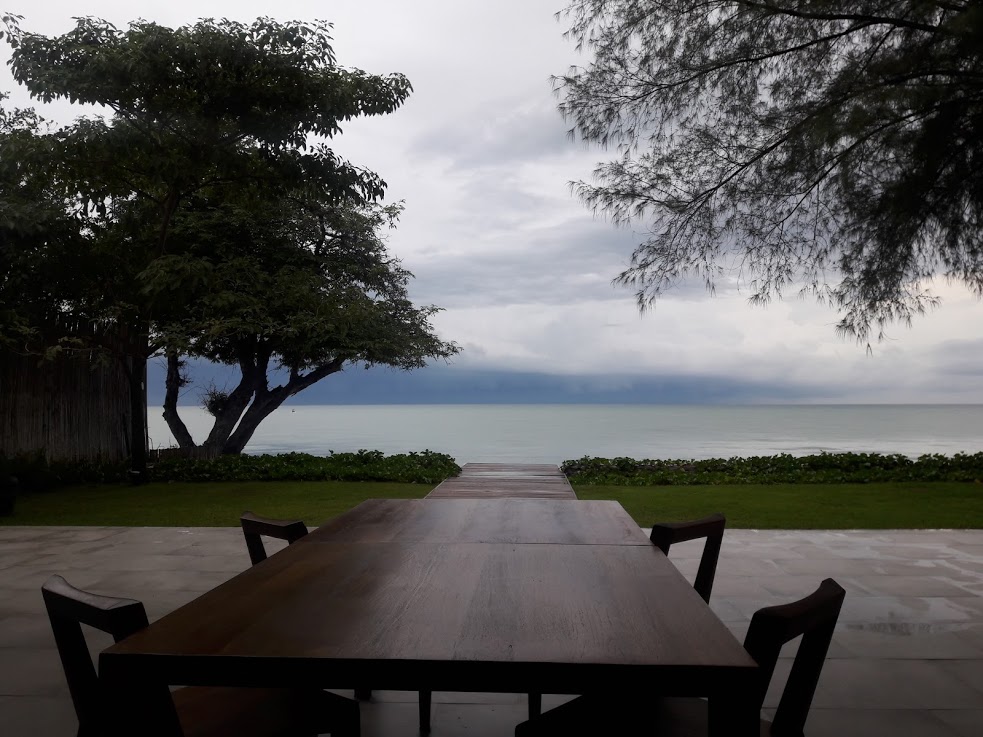 The group was by now getting very used to the idea of regular thai massages and swims. A few birthdays were brought in here. 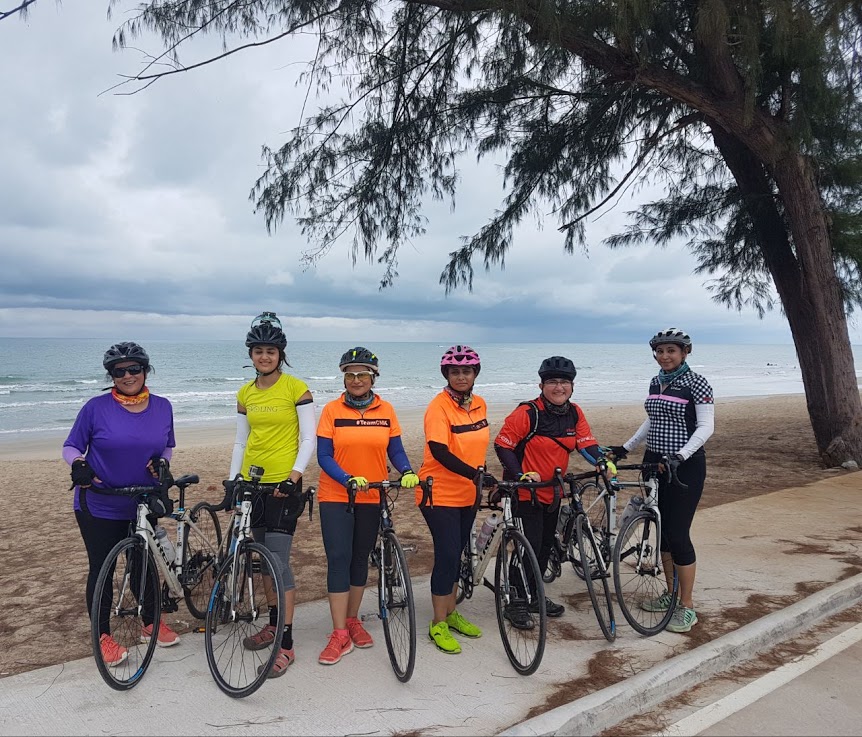 Another ride through lush rural Thailand. The weather was quite pleasant. Stopped at quaint, remote villages on the way. This was a more lush and green route, canopied with tall trees.

The day ended at Nishaville resort with the customary massage, swim and dinner.

The last leg of the ride took them to Bangrood. There were a few memorable stops along the way and also at a few quaint little coffee shops too.

On reaching Bangrood, the final stop on the cycling route, there was a tremendous sense of accomplishment and elation.

At Bangrood they trekked up by foot to a temple which boasts one of the largest Buddha statues in Thailand, the very steep hill is also popular with cyclists. But the group had hung up their bikes already. 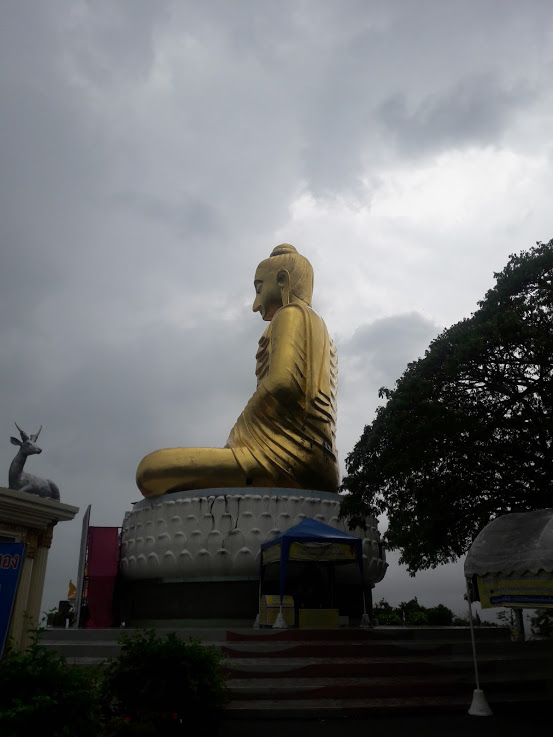 This was the end of the cycling tour. The group was transferred to Bangkok the next day where they devoted the last day to rest  and recreation and some shopping. The tour was seamlessly arranged by Spice Roads. A special thanks to all the group members, namely, Sajida Bandukwala, Naumeena Suhail, Naeema Kapadia, Dr Aneela Darbar, Dr Dinaz Ghandhi and Ghalia Koko Naseer, for sharing their experience with us. A special shout out to Ghalia Koko Naseer for the short video so beautifully captured.