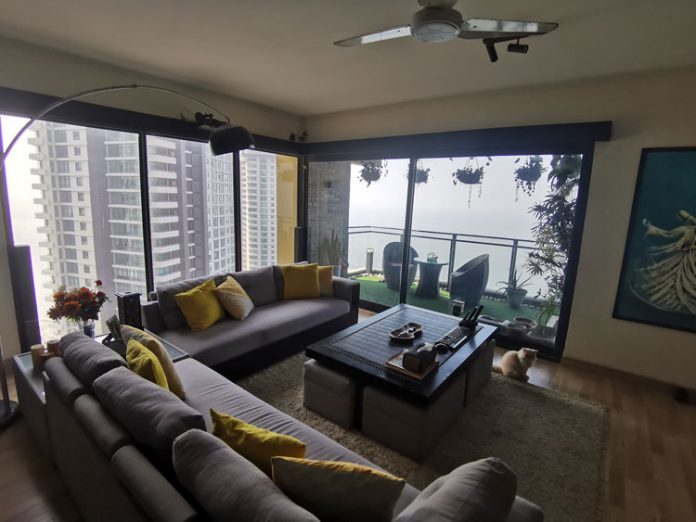 Sleek lines and a modern, open plan set the tone for this tech-friendly smart home in Karachi. The seaside apartment is completely automated and, with a little help from Google’s Alexa, daily requirements ranging from lighting, temperature control, entertainment and much more are automatically and intuitively controlled. 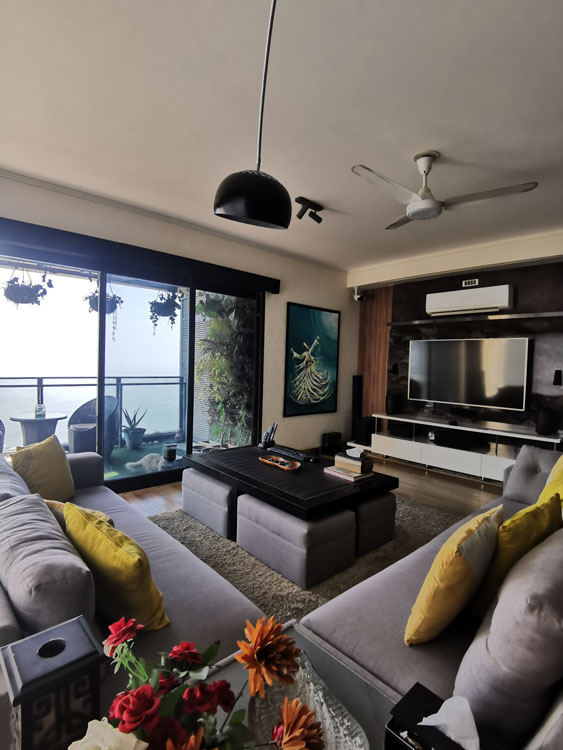 The home owner, Taimur Tajik, who shares the space with his young daughter Amelia, is passionate about tech and has used it to curate the optimal living space suited to the needs of his small family.

When did you move into this home? 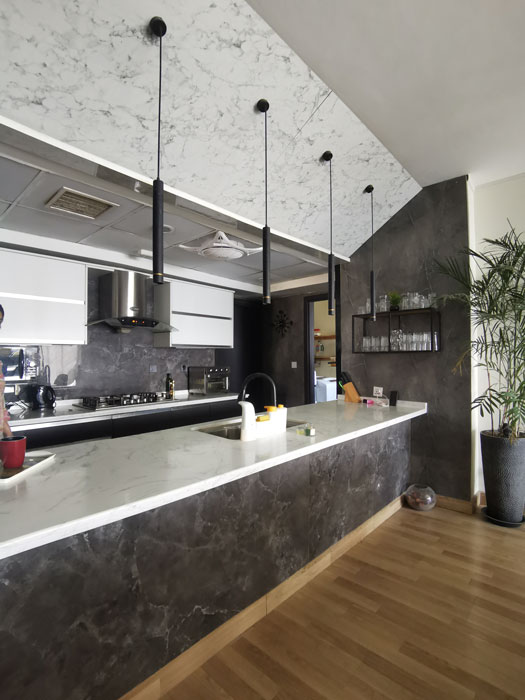 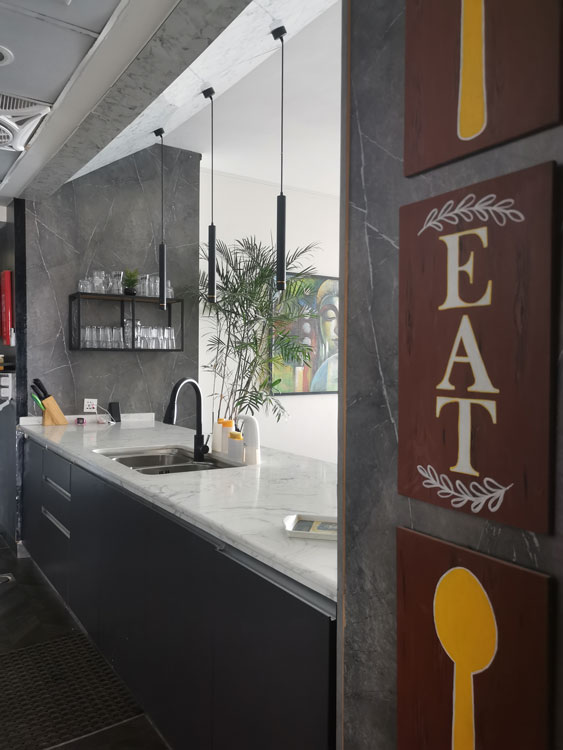 I moved in about three years ago. We used to live in a large family home but as the family grew we decided to move to different apartments in the same building. I had been putting everything I wanted to do in my living space on hold, so here, I decided to do it all.

Who designed the interiors?

My wife and I both did that. Unfortunately, she only lived here for five months before she passed away from cancer. Our design philosophy was that each space would be organized  according to its use. So the study is a place of work and creativity, my daughter’s room is a fun, joyful space. The bedroom is a place of rest so there is no stimulation there, no TV; the kitchen is again a creative, fun space 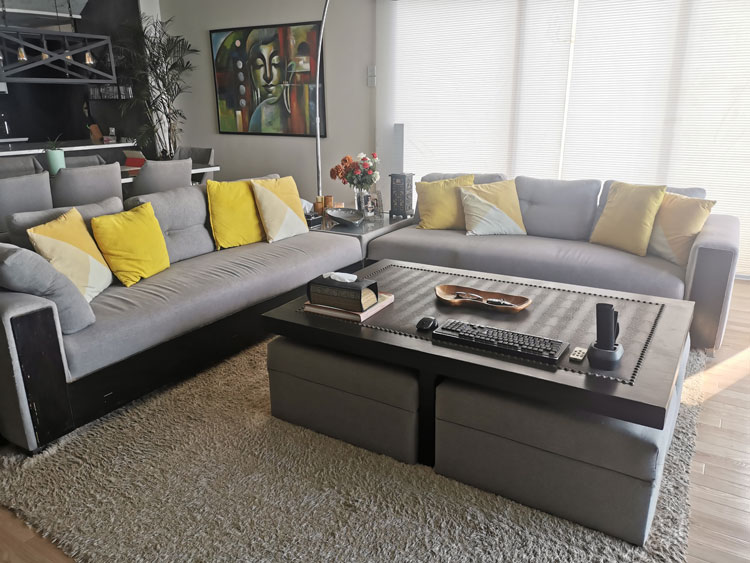 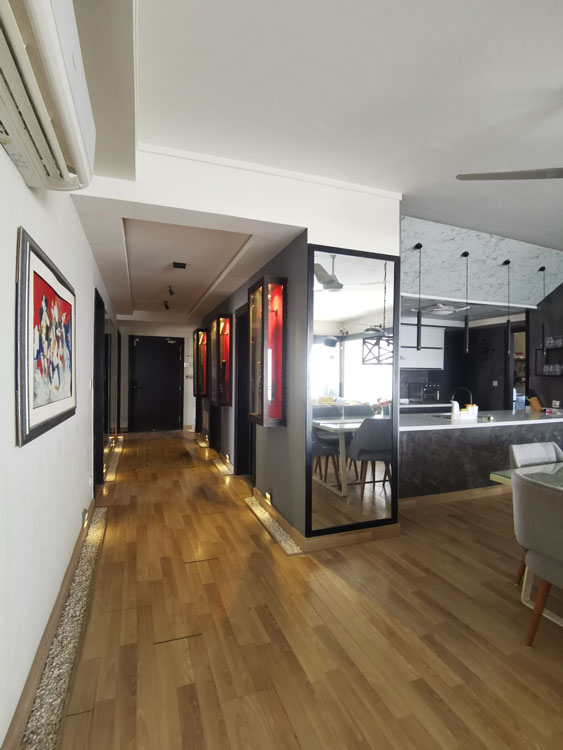 But the aesthetics are my wife Amra’s. She chose all the artwork in the home, since I know nothing about paintings. The mirrors in the hallway were her idea, the colour scheme…she chose the yellow and grey. In fact, I need to change the cushions but don’t want to because she picked these. 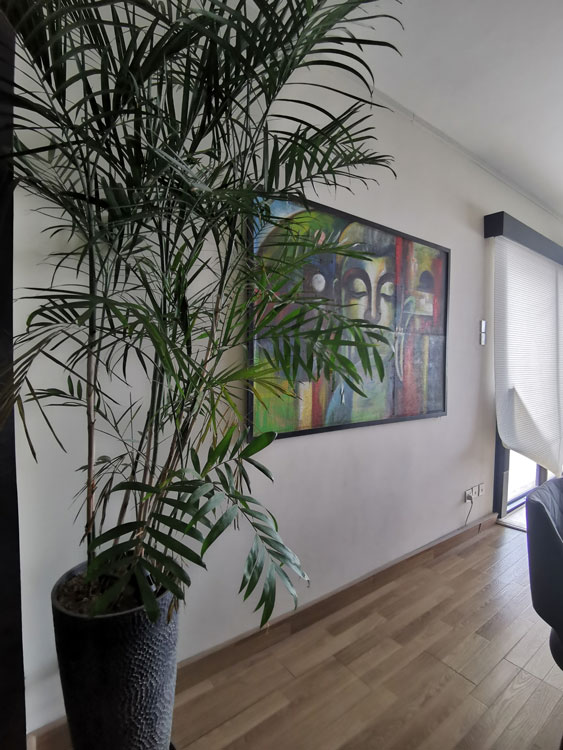 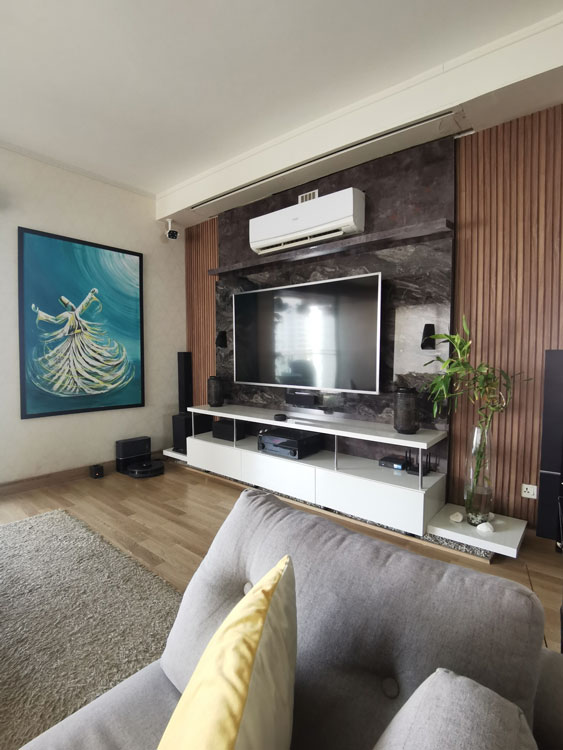 So her presence is still very much all around?

Absolutely! I still have her dresser mirror, which no one uses now, and her things are still in the bathroom. I just don’t have the heart to move them.

You work from home so you have an office space as well. 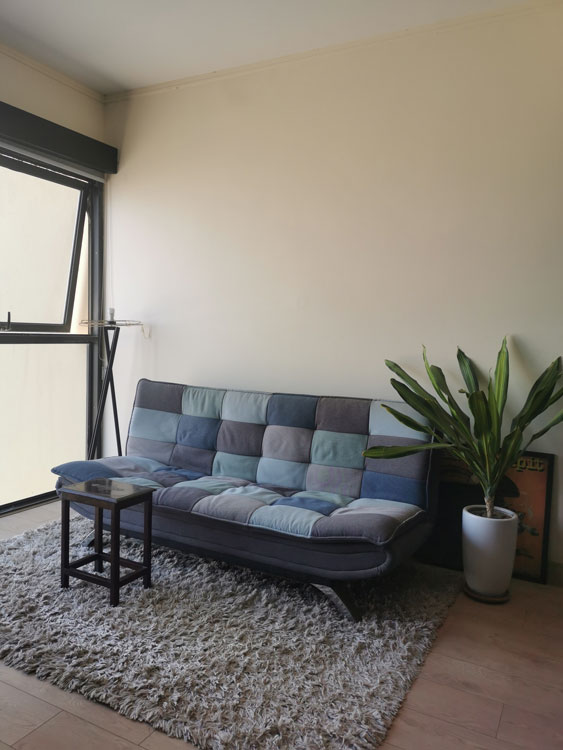 Yes. I spend most of my time at home because I’m a single parent. I’m always home when my daughter is here and luckily, she has many friends in the building. I had the bunk beds put into her room since she always has friends over. 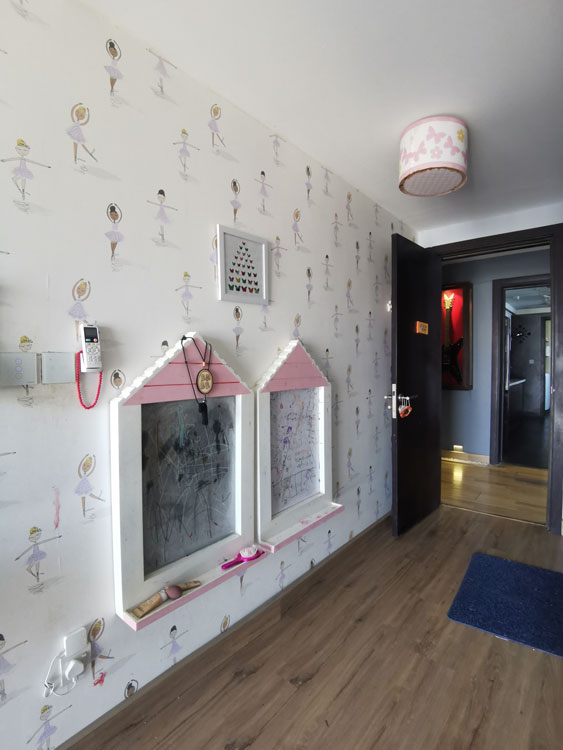 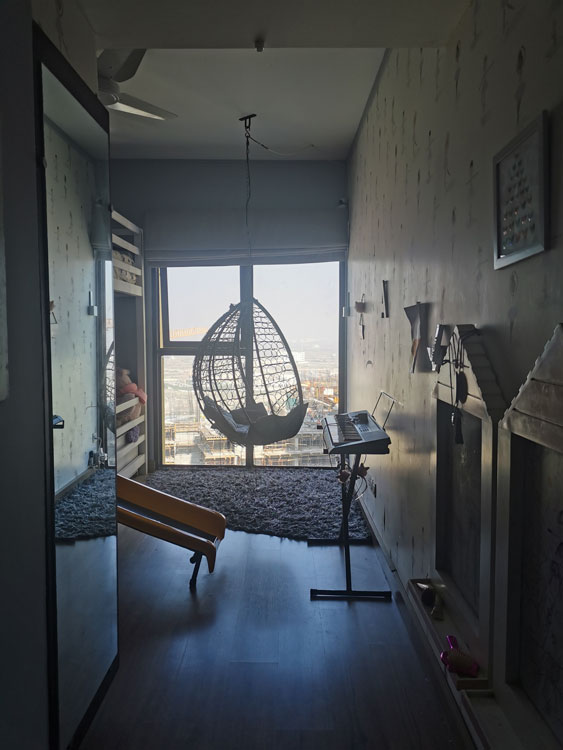 Tell us about the smart features of your home.

I had seen a smart home somewhere and I wanted to replicate it and I realized it could be done in a smaller, contained space such as this. 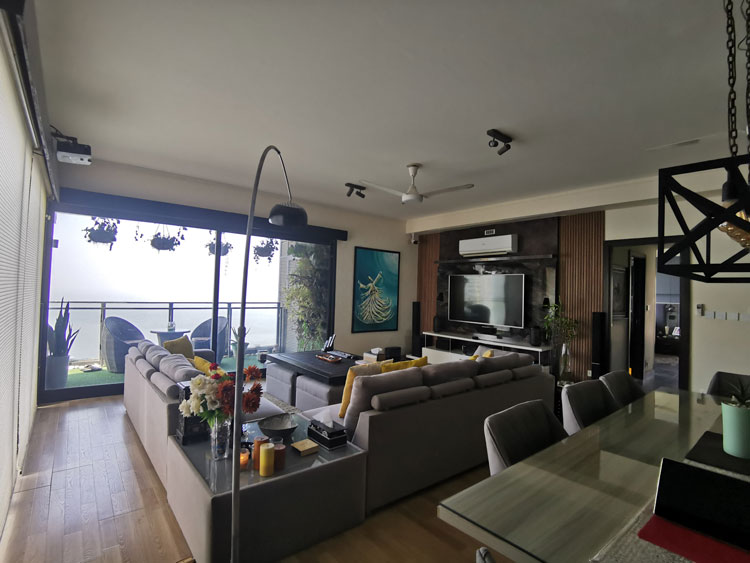 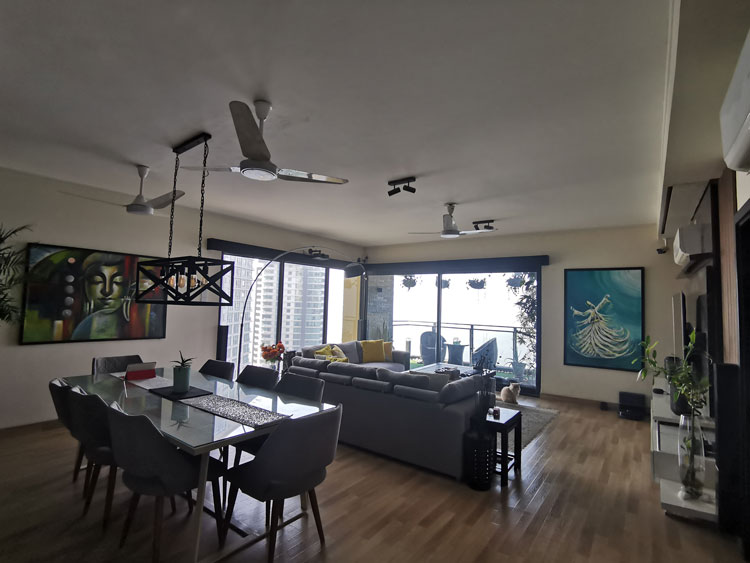 I loved the idea that the home can recognise your presence and respond to you. So for instance, the lights come on at maghrib, how many depends on who is home; when the sun moves to the west, the blinds on that side come down to keep the house cool; the corridor lights come on for 30 seconds when I walk in.

You did all this by yourself? 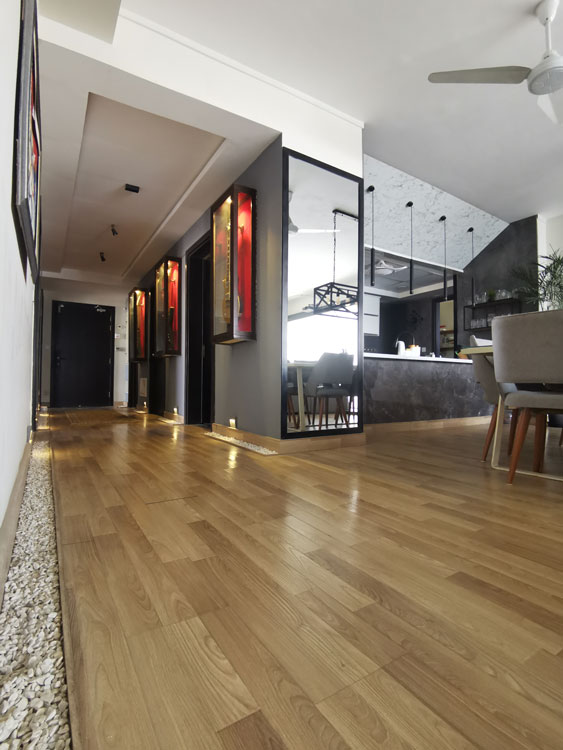 Yes. I did it room by room, it’s actually very easy to do. The whole smart home system is designed for regular people to use, you just need to put in some thought and creativity. The possibilities are endless. I have some 60 to 80 wifi devices in the home and it’s all working well so far.

What are some of your favourite features?

I always wanted to wake up and say “Good morning” and have the curtains open automatically. 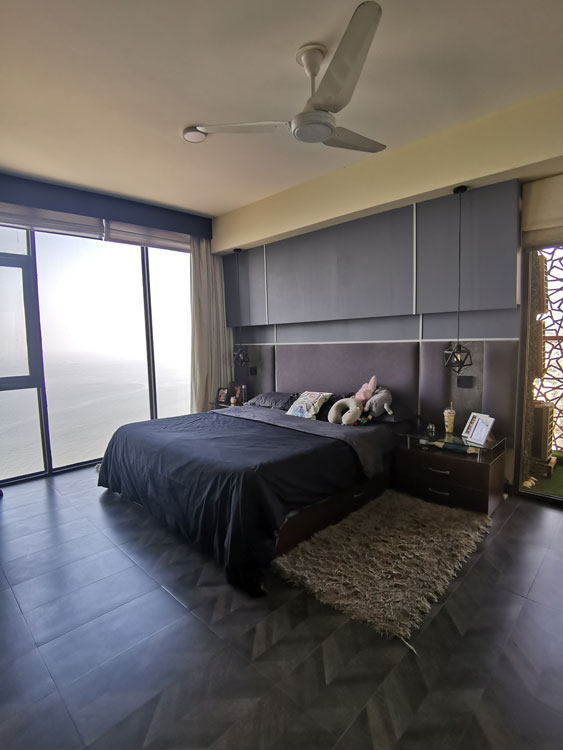 Also,  I think my bathroom is the most spectacular feature of the apartment because it has floor length windows overlooking the ocean. So when I say “night shower”, the lights dim so that I can look out without feeling that someone is looking in. 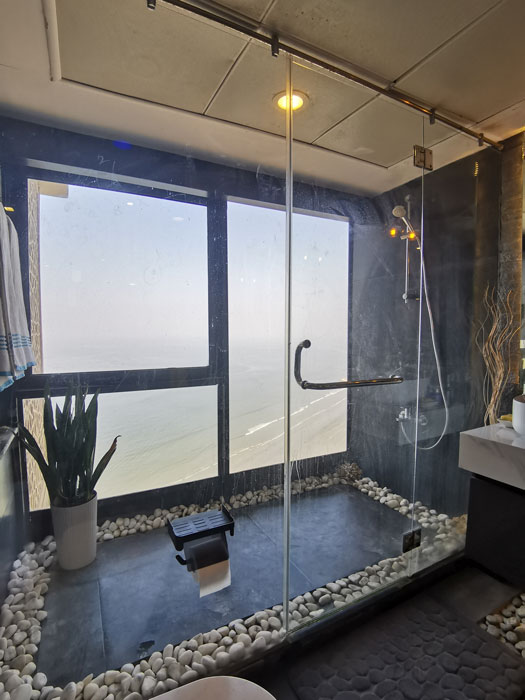 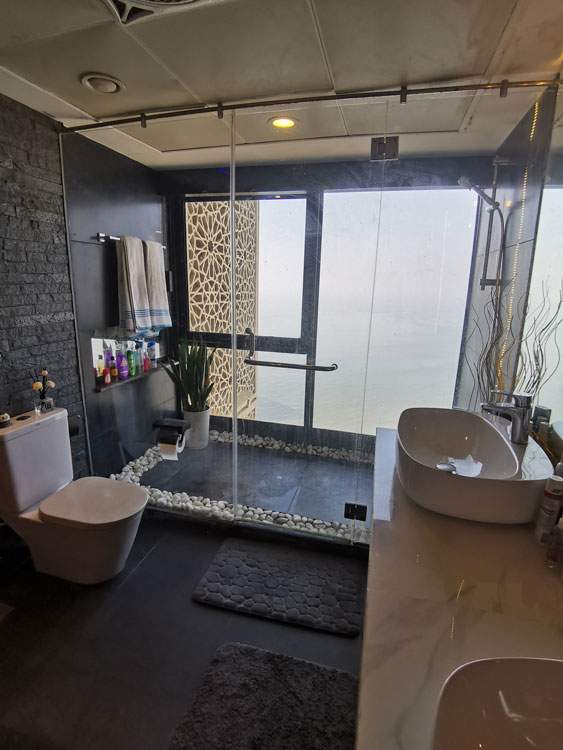 And then meditation music comes on to further set the mood. I’m a big fan of music in the bathroom and with Alexa, I have access to any artist or genre.

So your apartment is really a sanctuary for you?

It is, I spend so much time here and I don’t really want to leave. I feel it’s very important to be happy in your own home. If I don’t like something I’ll fix it. We can’t control things outside the home but here one can.

You are also a musician? 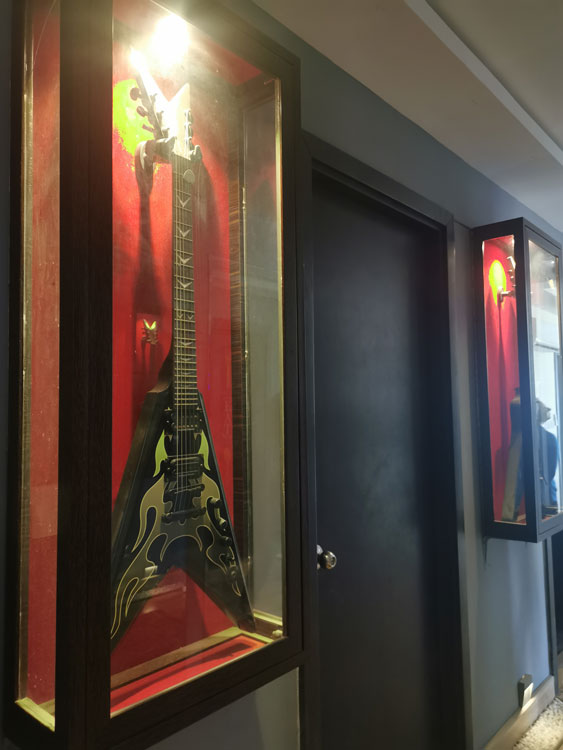 Yes I do guitar and vocals and I have recorded three albums, but purely as a hobby.  I have been playing guitar from a young age and I’m self-taught; for me I have to understand the science of something and then I can learn it. It’s the same with home interiors, I approach it from the science of  usage of space. In fact, I really wanted to be an architect but was bad at math. 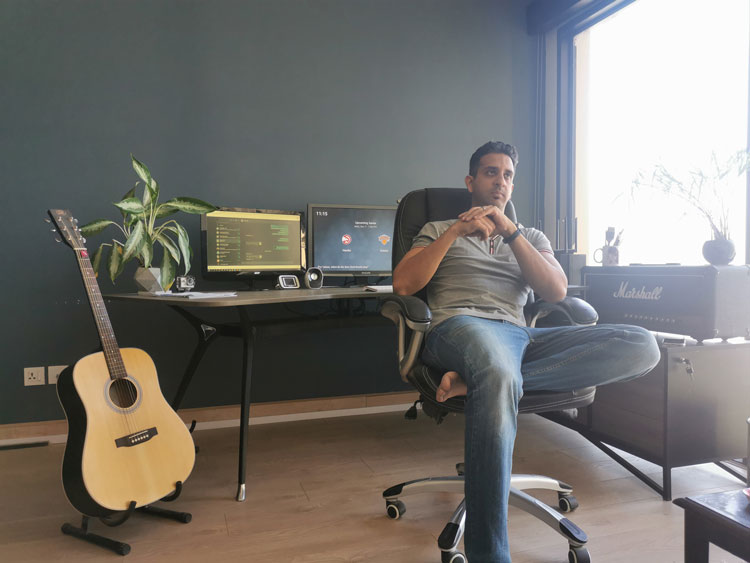 The great thing about music is that there is a very technical side to it, and then there is a purely creative side. And when I started  recording,  I discovered the spatial aspect of music and it sparked something in my brain that I can’t get enough of. When you hear a piece of music, think about where the sounds are coming from; where is the guitarist standing, where are the vocals coming from and so on. The sound creates a spatial arrangement but its all sub-conscious. A well mixed audio should present the music as if the band is standing in front of you.

Do you play music often? 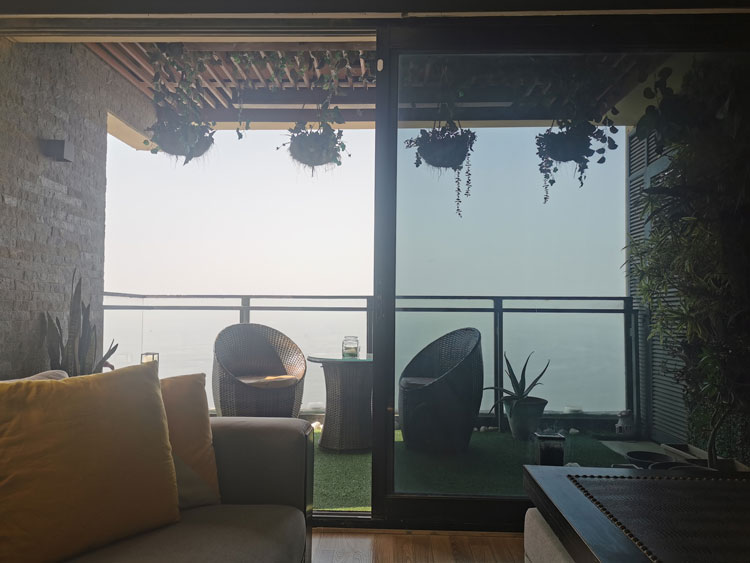 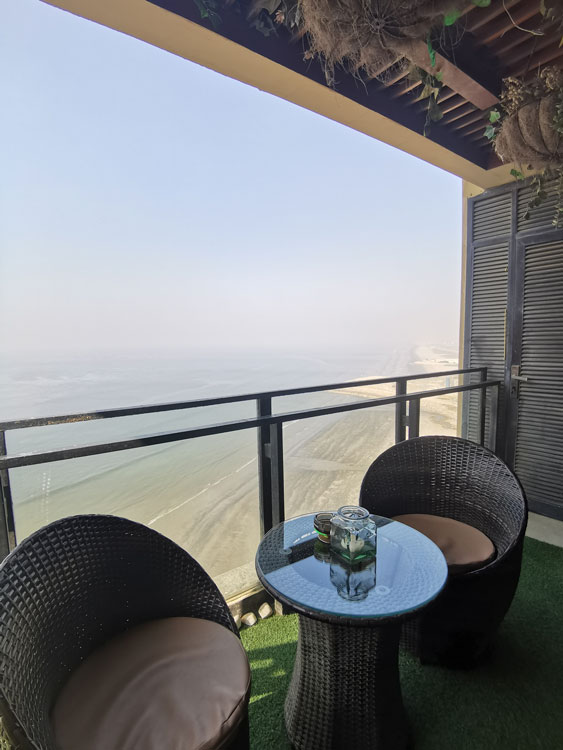 Not as often as I should but when I do, it really calms me. I sit and play in my balcony which overlooks the ocean. I really miss recording and I’m trying to make some kind of set up for it at home.

Is there a special object in the home? Anything  with a story attached? 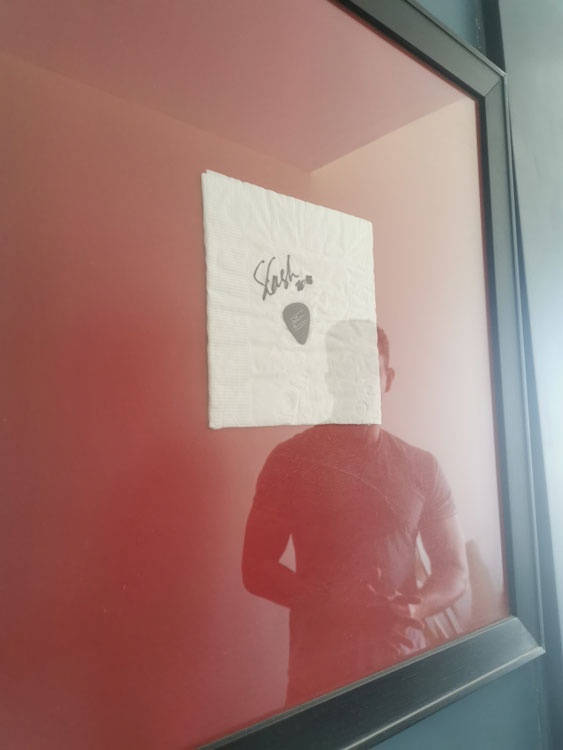 That would have to be this paper napkin autographed by Slash, the guitarist for Guns N’ Roses. After watching a Guns N’ Roses concert in Dubai, we were lucky enough to catch some of the band members leaving after the show. I was just standing there star struck till my wife pushed me forward and told me to go and ask Slash for his autograph. I just handed him the napkin and as he was signing it I found my tongue and told him I was from Pakistan and how much he had inspired me. Then he looked at me and wished me all the best.